As the fourth edition of the Riviera Maya Film Festival came to an end, it outshined itself by inviting all-time favorite actor and anti-bullying activist, Aaron Paul, as the guest of honor at the Closing Ceremony for the festival. He was invited to receive an honorable recognition for his acting career and for bringing to life characters that have changed film and television for viewers.

The Breaking Bad star arrived in the Riviera Maya on April 28th, ready to enjoy the paradise destination and the festival. On the red carpet he stated his love for Mexico and added that “I think what is being done in this festival is very original”. The director of the Riviera Maya Film Festival, Paula Chaurand, stated that those working in the festival “think that film, and visual media in general, can be social transformation vehicles, and that is why we want to recognize Aaron Paul, an actor that has made us reflect not only with his work in different films and TV series, but with his support to social movements”.

The actor is also known for working alongside his wife at her organization that helps bullying victims overcome their past. He said that he will continue to promote the fight against bullying through different strategies that he is working on with his wife and her organization.

Chaurand took the stage of the Closing Ceremony to discuss the values that the film festival looks to push in today’s society, saying that they chose to honor Aaron Paul with a recognition for his artistic talent and human quality. The star walked up to the stage and received the award from Quintana Roo’s subsecretary of culture, Lilian Villanueva Chan. “It is an honor to receive this award in an event that recognizes film, not only as a sublime narrative art, but as an agent of change for important causes that go beyond mere entertainment”, the actor said.

On the red carpet, the actor talked about his upcoming film, “Need for Speed”, which will be filmed in China and where he brings to life a bad guy, something that excites him. He was in charge of officially closing the festival and said “I still can’t believe it, and I really am very excited”.

During the Closing Ceremony, which was attended by distinct Mexican personalities such as Martha Higareda, Alfonso Arau, Camila Sodi, and others, they announced the winners of the Kukulcan Prizes from the Mexican Platform. Artemio Narro’s “Me Quedo Contigo” (I Stay with You), and “Los Muertos” (The Dead) by Santiago Mohar Volkow each received $300,000 MXN aimed at post-production so they can finish and distribute their films. The Young Jury $100,000 MXN prize was for “La Maldad” (The Evil), directed by Joshua Gil Delgado.

The event closed with the projection of Andrew Bujalski’s film “Results” for which the producer, Houston King, was present.

Throughout the week 200 screenings of 70 films took place across Playa del Carmen in public spaces such as movie theaters, the beach, different plazas, and many more.

The Riviera Maya Film Festival may be over, but will continue spreading film throughout the country with special screenings in Mexico City, Cancun, Puerto Morelos, Tulum, and other regions of Mexico, aiming to continue with their commitment to spread and support quality cinema. You can follow their nation-wide tour on their website until it’s time to dust off our gala dresses and attend the red carpet for the 2016 edition.

Paula Chaurand thanked the audience for their support and invited them back for next year, “From the Riviera Maya Film Festival, we want to the thank everyone who made this fourth edition a success. It has been a week of learning for everyone, and we hope to continue having your support in 2016 so we can open up this space that belongs to you again”.

Mexico Relax is your go-to website for everything Riviera Maya! If you are planning on moving or retiring to the Riviera Maya, check out our hundreds of options. We have condos, villas, cabins, houses, and much more.

Mexico Relax: your expert guide to everything Riviera Maya! 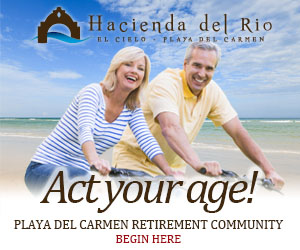 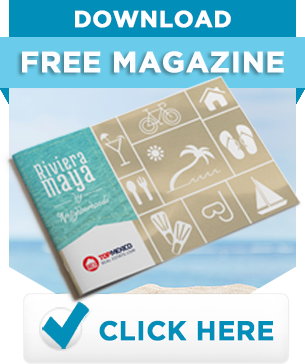 Thank you for downloading your Magazine Mexico Relax. If the magazine doesn't start downloading automatically, please click on this link:Download Magazine 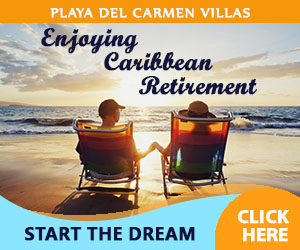